Gregg Custom Painting™ core management team brings the skill of a collective 125 years of experience in the painting and coating industry. Established in 1981 the company has since developed a reputation as a trusted reliable name in the commercial, residential, and industrial paint industry.

With a solid foundation of experienced leadership, the company has grown over the past 35+ years to lead the way as America’s premier painting & Coatings Company.

Gregg Custom Painting™ has successfully completed numerous projects throughout the Southwestern United States and is poised to continue growing and expanding into cities and towns all over the US as a national full service company.

As the leader in Painting & Coating industry, we service all aspects:

Whether you have a complex technical project or a simple repaint, we are experienced and equipped to handle it fast and efficiently. We use the most advanced up-to-date methods, materials, and equipment available for superior painting & coating results that pass the test of time.

Through a diverse array of on-the-job experience spanning decades, we offer the full spectrum of expert custom painting and coatings services, with the highest level of personalized customer service.

Gregg Custom Painting™ has streamlined the job completion process through the development of our advanced “job tracking and phasing system”. The systems creation resulted from many years of on-the-job analyzed experience. This, along with our efficient turnkey painting processes, results in consistent high-quality work that is finished on time and on budget. With these mechanized reliable systems in place, we can deliver the same level of superior service and quality, no matter the size or type of project.

And finally, we are an environmentally conscious, award-winning, licensed, bonded, fully insured, and lead-safe EPA certified firm. We will stand behind every job we complete with our industry-leading LIFETIME warranty.

1-877-GO-GREGG
Get Your Free Estimate 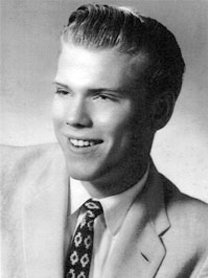 When the painting industry was first taking shape, skilled master painters generally came from Germany and the Netherlands to America. In 1965 James Gregg (then in his teenage years) served as a painting apprentice under the direction of an accomplished German master painter in Dayton, Ohio. This is where his initial experience in the painting & coating industry started.

During his Ohio apprenticeship, he learned valuable skills that would serve him well later in his career. Eventually, the time came for James to sever his painting apprenticeship and move onto bigger and better things.

The next phase of his training would take place when he moved west to Glendale, CA. There he joined a painters union called “Painters Union Local 713” where he worked as a professional Journeyman Painter, and where he gained even more valuable on the job experience in the trade.

The Company Opens its Doors

Throughout his working career, James Gregg learned to become a master painter and gained knowledge through direct experience in multiple aspects of the painting and coating industry. This was well before he opened his own quality painting contracting business in 1981. His approach to personalized service, integrity, and high standards played a pivotal role in becoming a successful and leading professional painting contractor.

With the desire to build a strong professional reputation it was only a matter of time before James Gregg started his own company, which he called “Gregg Painting”. But this name did not totally embody the company’s approach to our custom implementation of projects. So eventually this led to changing the company name to the more fitting name “Gregg Custom Painting™” which we continue to hold to this day.

Gregg Custom Painting™ is currently providing a full spectrum of complete coating & painting services in California, Arizona, Nevada, Utah, and Texas. It is the same professional work ethic exemplified by James Gregg and his vision for Gregg Custom Painting™ which continues to lead the way for the growth of our company throughout the Southwest and beyond. His tradition of delivering professionally tailored services at affordable prices is still a cornerstone of the company today.

If you have a specific painting or coating project in mind or are considering one in the near future, have Gregg Custom Painting™ be a part of your solution. We would love to work with you!

1-877-GO-GREGG
Get Your Free Estimate

To Learn More About Our Company
Values and Commitments

“Quality craftsmanship, for those who care!”℠

Thank you for choosing Gregg Custom Painting™ to be part of your painting and coatings solution!